Underneath the San Buenas Sky

On March 7, 2017, a 3-quarters moon shone as bright as a recently-installed LED light.

Rural Costa Rica is typically black as midnight by 7:30 PM and a flashlight is a necessity depending on where and how far you must walk. There are street lights but few and rather faint compared to The States.

Tonight, roughly 30 minutes before 12 AM, so luminous was this extraordinary moon that I could’ve sat outside and read a newspaper. -If I had my reading glasses, that is.

Banking on a future that will include time-travel, I’ve started leaving behind messages to my child-self, or me as a young man. Age 15 was 30 years ago and that teenager took it for granted he was going to be rich and famous by this time. It didn’t happen, young dude but it could still if you start making the right decisions now and performing the right activities. However, there are two irretrievable facts of your future life. One is, some day you will need glasses to read.  And the other is, one night at age 45, you will stand underneath the San Buenas sky in Costa Rica embraced by the most intense glowing light you’ve seen or felt. The jungle will buzz, cows in the distance will snore softly like content children. The Central American air will cool, breezes passing by and it’ll feel great, refreshing after that hot day.

Young me, recall in 2nd grade when you went to Kennedy Space Center on a school field trip. They brought you into a room made to look like a planetarium and a guy came out and talked to us about stars, and black holes, and all the constellations, and the history and future of space travel. It was 1979 and you were born and raised on The Space Coast. It wasn’t a bad childhood. Don’t make it so.

People pay money to go to real planetariums but at 45, you will stand underneath the brightest moon you’ve ever seen in a natural planetarium in the rural Costa Rican village you call home. You’ll recognize planets. The Big Dipper, too, overpowering and obvious, floating overhead. Every other star visible; blinking, twinkling and swaggering, occasionally falling, 3 or 4 in one night, each time, making a wish for my own happiness, which is your priority at this age and ought to be your priority now.

Those black and white movies that you loved as a kid, feels like you’re in one right now. Everything is dark and grey but clear and crisp. You can see everything like you’re in Casablanca. You half expect to see Humphrey Bogart walking nearby, cigarette dangling from his mouth, clad in a fedora and trench coat.

What I’m trying to convey to my younger self is, no matter the bad decisions or failures you’ll acquire, and the right actions never performed, you will find yourself late at night on March 7, 2017, in Costa Rica, outside on a dirt road,,,,,,.. dipped in brilliant moonlight, standing among the stars happier than you ever thought possible. Peace in your heart will come with ease. You’ll accept yourself, others and the life you’ve lived thus far. You will feel no anger nor hatred and that Sinatra song you love will play in your head, Fly Me to The Moon, Let me play among the stars but you will already be there.

The natural phenomenon and rhythm of this place has healed me in a way no other form of therapy has even attempted.  Believe me, younger self, at 45, regardless of name recognition and monetary wealth never acquired, there is no other place you’d rather be on the night of March 7, 2017, than underneath the San Buenas sky.

Me at 15, if you are reading this, keep your head up. Keep reaching for the stars, and embrace the moonlight. Eventually, you will get there and the moon will embrace you back. 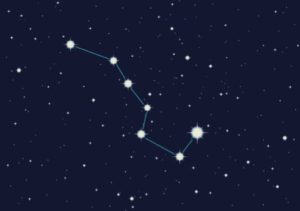 1 thought on “Underneath the San Buenas Sky”